Summary: We have switched UI, Slack App, Web URLs, and API endpoints to use the word "Issue" instead of the word "Failure." Any existing APIs endpoints and properties using the term "Failure" will still work, and any Webhooks fired for "Failures" will still fire as before. With that said, we highly encourage you to move over to their Issue counterparts. See the API documentation for more information.

When communicating directly with end-users, choosing your language precisely is essential. It's so essential we spent a bit of time talking about this precise topic in our Honest Security guide.

In Kolide, we have several areas where language can be improved, but one of the biggest problem-areas was using the word "Failure" to describe how we track the problems we find on a device. This is not a great word choice. For many, the word failure calls to mind other negative terms like "neglect," "dereliction," or a "screw-up." It's also a word that has a degree of finality to it. It's a word designed to define a bad end-state, not one that necessarily invites action.

Instead of the word failure, we are going with the word that still communicates our intent but softens the language and makes it easier to associate with a device, not a person. That word is Issue. The word is short, easy to spell, and most importantly, doesn't carry the same weight and implied finality as the word failure. Saying, "Your device has Issues that need your attention," flows much better than it would if we kept Failures.

To that end, our UI, Slack app, our URLs, and even back-end APIs will now feature the word 'Issues' over the word 'Failures.'

While we have made this change throughout the app, we will continue to refer to Check status as "Failing" or "Passing." The only difference is a device that Fails a Check will produce an Issue (not a Failure). 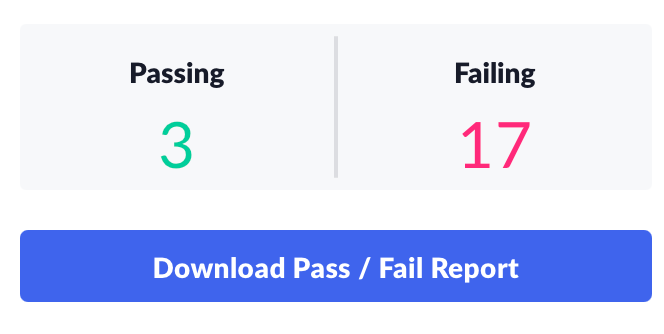 To help with the transition, we are doing the following:

We hope you find this change an improvement. If you have other suggestions on improving the language throughout the app (especially in the Slack app), please reach out and let us know.

Big news today, we're starting a public changelog so you're always
up to date with all the updates, improvements and fixes that are
made in Kolide.

Even though we work on Kolide all the time, sometimes
it may seem that not much is happening. This changelog is here to
improve that very important part of the communication between you and us.

On behalf of Kolide, thank you for using our product. We can't wait to use this space to share all the exciting things were are working on!